August 2022 Kevin D. Crum, Jr. joined The Oregon State University Foundation as a Council for Advancement and Support of Education (CASE) Graduate Trainee Fundraising Program, a comprehensive training program. In this position, Crum will report directly to Jeffrey Pivic Associate Athletic Director/Sr. Director, Annual & Leadership Giving. In the summer of 2022, Crum completed the (CASE) Internship Program with the Children’s Hospital of Philadelphia Foundation. Here Crum spent three weeks with Individual Giving, before rotating to Institutional & Events Fundraising for an additional three weeks. During Crum’s time with each team, Crum attended meetings and worked on projects that demonstrate the breadth of fundraising, prospecting, and systems support within the CHOP Foundation. Crum’s internship culminated in a Capstone project during Crum’s final week, where Crum shared a presentation on “What Makes CHOP Unique” in terms of how CHOP engage with various donors to reach their full philanthropic potential. Before Crum transitioned into the field of fundraising and development full-time. Crum joined the University of Miami in the Summer of 2019 as the Learning Specialist for the Athletic Academic Services Department. During Crum’s second semester with the University of Miami, as the Upperclassmen Football Learning Specialist, the football team reached several academic milestones. The team earned an average, collective semester GPA of 3.209 during the Spring 2020 semester and an average, cumulative GPA of 2.884. Additionally, 77 football student-athletes earned a 3.0 or higher semester GPA, which constituted an all-time high in the program. Mr. Crum has an extensive background in promoting high academic performance among student-athletes, given he has been a classroom teacher, athletic coach, academic coach, and sports administrator at both the high school and collegiate levels.

Before starting at the University of Miami, Crum was the Assistant Men’s Basketball Coach and the Academic Coach at Edward Waters University for the Teacher Education and Urban Studies Department. Crum’s responsibilities included counseling and advising students and student-athletes regarding their academic and career goals, as well as personal concerns. Before his tenure at Edward Waters University, Crum was the Assistant Men’s Basketball Coach at Talladega College under the leadership of the 2018 GCAC Men’s Basketball Coach of the Year, Fred Summers. While there, Crum contributed to the overall development of Devonte Dixon, SG NAIA Men’s Basketball All-American, Honorable Mention GCAC Player of the Year, and the all-defensive team. Crum also helped shape the experience of Khaliel Spearman, SG GCAC Second Team All-Conference. Crum monitored and managed the academic progress of the men’s basketball team members, who earned an average GPA of 2.9. Further, 20% of the basketball student-athletes achieved Dean’s Honor Roll recognition.

Before his experience at Talladega College, Crum served for several years as a classroom teacher, athletic coach, and athletic director at various high schools in Florida, Georgia, and Tennessee. Crum was the Tennessee Preparatory Academy Assistant Boys’ Basketball Coach for the National High School and Fifth Year (Post Grad) Basketball Programs. While there, he developed Chris Sodom, who was the seven foot three inches tall Georgetown University signee & Will Magnum UMKC – California.

Before working at the Tennessee Preparatory Academy, Crum was the Assistant Men’s Basketball Coach at Lincoln Trail College in Robinson, Illinois, where he was the overseer of recruitment and team academics. Crum recruited and developed Sam Mack, Jr. of Southern University and son of Sam Mack, Sr., who played with five different NBA teams over ten years and had a 20-year international basketball career.

Crum also collaborated with the Central Florida Marvel professional basketball team as an assistant coach under the leadership of Luke Stuckey, former assistant coach, and player development specialist with the Orlando Magic, as well as NBA veteran, Chucky Atkins. Further, Crum served as a basketball operations intern with the Philadelphia 76ers. In this position, Crum reported directly to Courtney Witte Director of Player Personnel for the Philadelphia Sixers from 2003-2004 to 2013-2014, East Coast Pro Personnel Scout of the Los Angeles Clippers from 2014-2015, and Director of Scouting of the Phoenix Suns from 2015 to 2019. Additionally, with the 76ers Crum helped the scouting and coaching staff with daily operations.

While living in Orlando, Florida, and working at Evans High School, Crum served as an assistant athletic director and assistant basketball coach under the leadership of 14-year NBA veteran, Chucky Atkins. As the Head Coach, Atkins led Evans High School to the 2013 and 2014 7A and 8A State Championship Runners up positions. At Evans High School, Crum developed Virginia Tech/University of Florida Power Forward, Kerry Blackshear, and Kent State Point Guard, Courtney Williamson. Additional as the Assistant Athletic Director with Evans High School Crum was the Corporate Sponsorship Manager where Crum negotiated a full sponsorship with Under Armour for the Boys Basketball Team and partial for all other sports teams. As the Athletic Director and Assistant Coach for the Boys’ Basketball team at Liberty Christian Preparatory School in Tavares, Florida, Crum developed Sylvain Francisco, who went from high school to pro-Paris-Levallois Basket, in France. Crum also developed Robert Thomas at Edward Waters University in Jacksonville, Florida, Alberto Moreno at the University of Tampa in Tampa, Florida, and Francis Agbata at Freed-Hardeman University in Henderson, Tennessee. Additional here Crum negotiated a partial sponsorship with Under Armour for the Boys Basketball Team.

Recently Crum was the Director of Corporate Sponsorship and the University Mentor-Protégé Program for the Black Professionals Network (BPN). BPN is a non-profit social learning organization with a mission to advance careers, power up businesses, and build social capital for Black professionals in the community. BPN guide its members along thriving pathways that expand their networks, professional development, and earning potential. Additionally, Crum served as a mentor for the Empower Me First Mentoring Program with The University of Miami Office of Academic Enhancement. The Empower Me First Mentoring Program connects first-generation undergraduate students with a faculty or staff mentor to assist with building their social capital on campus and beyond. The program provides an added measure of personal and academic support for students as they navigate their college experiences at the University of Miami and, thereafter, pursue careers or graduate and professional school.

Currently, Crum is founding The Artis and Elizabeth Crum Foundation in honor of his late grandparents. The Foundation is a College Readiness program that is a 501(c)(3) non-profit organization that prepares Northeast Mississippi Students and Student-Athletes that are in grades 6th through 12th for a successful transition into college academics, athletics, and social life.

Further, Crum is currently pursuing a Certificate in Fundraising Management from Indiana University Lilly Family School of Philanthropy, and his Executive Doctorate in Education degree from the University of Miami in Higher Education Leadership. His research focus is on Black male student-athletes in Power Five conferences, as well as revenue generation for Historically Black Colleges and Universities, through athletics. Crum earned a Master’s degree in Sports Administration from Tennessee State University. He earned a Bachelor of Science degree in Physical Education from Lane College, where he was a member of the 2005 SIAC Men’s Basketball Conference Championship team, led by the late Dr. J.L Perry. Crum also played basketball at Northeast Mississippi Community College alongside Qyntel Woods, 2002 first-round and twenty-first pick for the Portland Trail Blazers. Lastly, Crum is a full-time single father of his fourteen-year-old daughter named Zamorah. 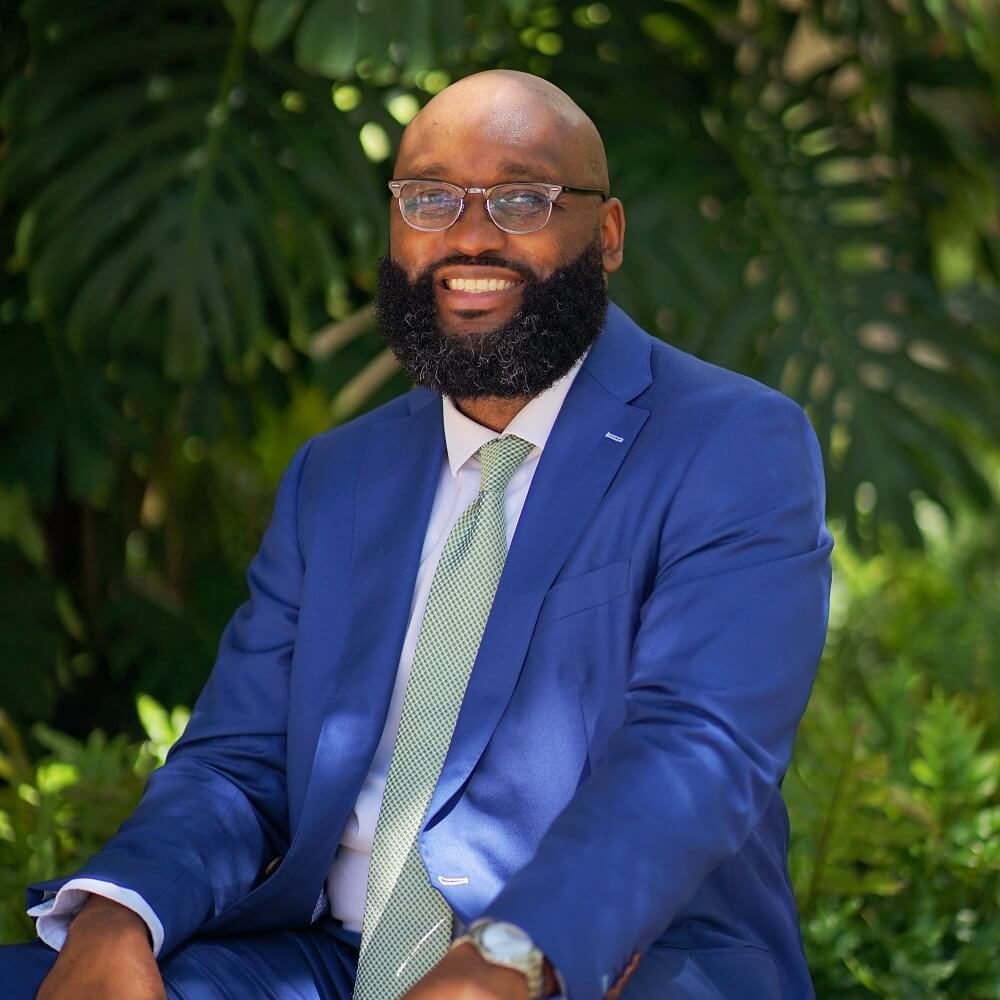 Contact Kevin Crum for any questions/ comments or to book him to speak at your event! 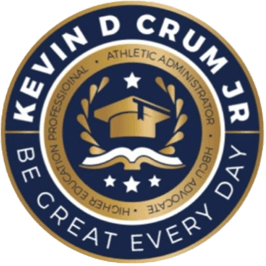